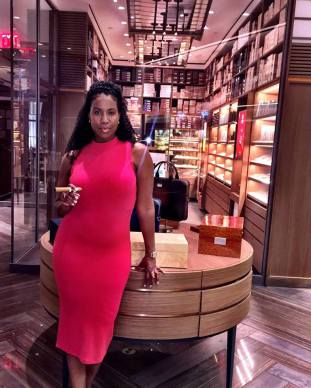 Wine... with or without BUBBLES!

Born and raised in White Plains, NY, Monica Michelle is a Novelist, Entrepreneur, award-winning Realtor and an all-around businesswoman. Since childhood, business and leadership were in her genes. She created and sold handmade pot holders to neighbors through her version of a "lemonade stand". Then with the help of their father, she and her brother successfully worked an underground candy operation while in elementary school. By the time she was in her early adulthood, she successfully opened and operated a Nail Technician business while acquiring a BS degree from Norfolk State University in Virginia. She went on to gain an MS degree from Iona College.

Over the years, Monica founded a few businesses such as Shopaholics, Inc., a personal  Concierge and Errand company; and Brown Eyed Beauties (BEB), bi-monthly brunch series geared toward the cultivation of friendships and fellowship for African American women as well as charity and philanthropy. Currently, BEB has two chapters, its founding chapter  in  New York and as of August 2015 an Atlanta, GA chapter.

In 2010, Monica penned her first novel, Lucky, No.5, a contemporary women's fiction novel about a single woman's pursuit at finding love. This unconventional story tells a tale that many new millennium women can relate to. Lucky was published in 2013 by her own Publishing House, Novelista Publishing, which offers mainstream novels in the genres of Women’s and Children’s fiction. Lucky, No. 5 currently maintains a 4.5 of 5 star rating on Amazon and Good Reads. Currently, Monica is working on the second and third installments in the “Lucky” Series. As a result of her literary work, Monica is being honored in March 2016 by the City of White Plains Youth Bureau (for which she was an active member as a child) and well as Delta Sigma Theta Sorority. She too will be a featured author and guest speaker on Independent publishing at the National Book Club Conference in Atlanta in August 2016.

Want to see some of our latest events? Browse through our photo gallery.

Who loves us baby!

Men are always welcomed at our events!

Get Social with us